Remember the three guys that, three months ago, started a trip of a lifetime going from Norkapp in Norway to Capetown in South Africa by bike? Well, they have now completed over 5000 km in 3 months and are well into their trip.

And I’m dying to know how it has been going! So I’m using this second interview to get all the news and gossip first hand before our reunion in London next week. Yes, that’s happening! 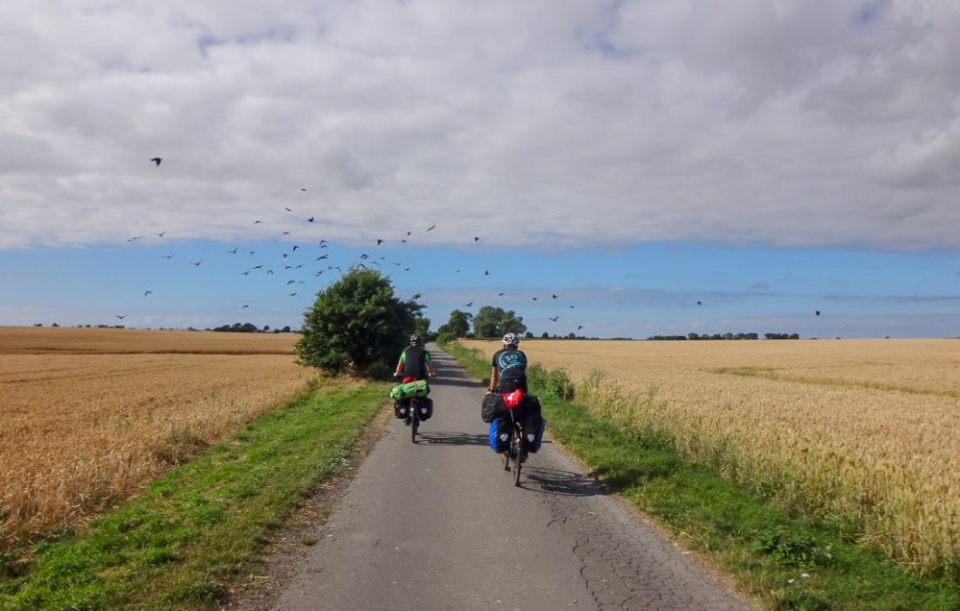 Adi, what’s going on with that beard? Is it a bet, laziness or you won’t cut it until you finish the trip?

It is definitely not a bet 😉 I thought it is a good chance to grow a beard. At home, I probably would never do it, as there would be too many people telling me to cut it. The idea is to grow it as long as it’s practical and not too annoying. Let’s see how long…

Until now you’ve passed by Norway, Finland, Sweden, Denmark, Germany and Netherlands. Can you tell us how these countries corresponded or not to your expectations and do you have some highlights from each one of them that you want to share with us?

Norway: A lot of wind and the weather changes every 5 minutes, daylight 24/7. Regarding our expectations, it was what we already had in mind: lots of nothing at the beginning and then beautiful fiords and snow covered mountains. These were our highlights as well.

Finland: Too short to judge really.

Sweden: As expected, we witnessed breathtaking nature with thousands of lakes and forests. We were disappointed that we did not see any mooses along the way. About the myth that all Swedish women are pretty… it’s not true if you ask us!

Denmark: Copenhagen and beautiful beaches were the surprises in Denmark. We were a bit disappointed about the nature in Denmark as we were expecting more than agriculture and wind parks. 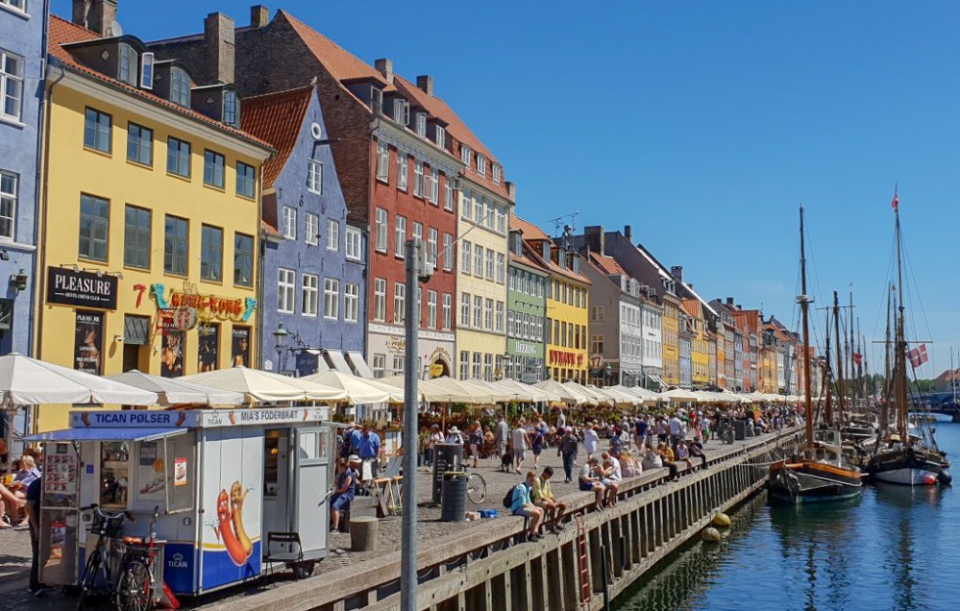 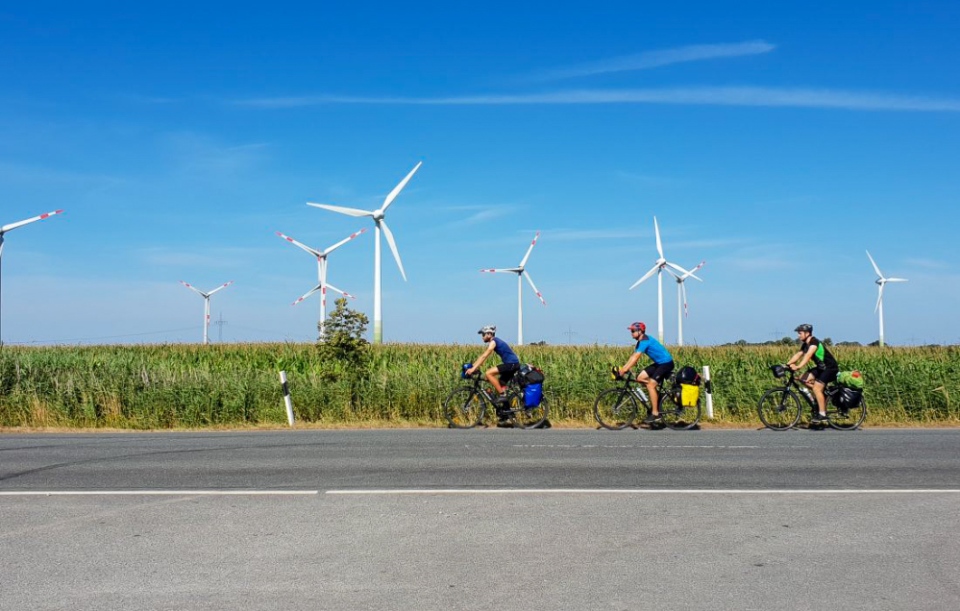 Germany: We expected people in Germany to be more extrovert than in the Northern countries. What we witnessed was even more than that. People approached us a lot and we had nice conversations everywhere. Highlights were the cities Hamburg, Bremen and the Mudflats. We also had many visitors from home, which was good to catch up. 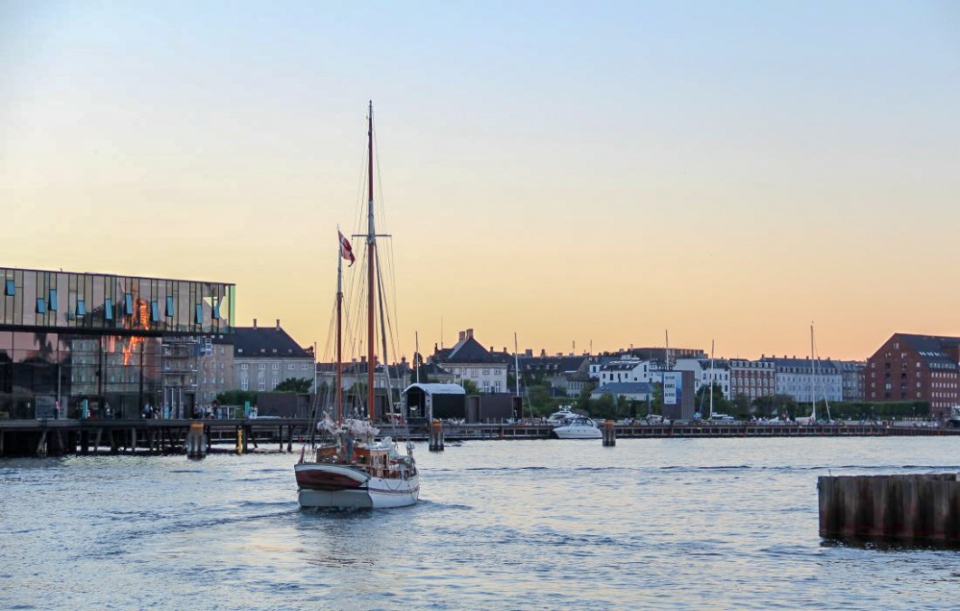 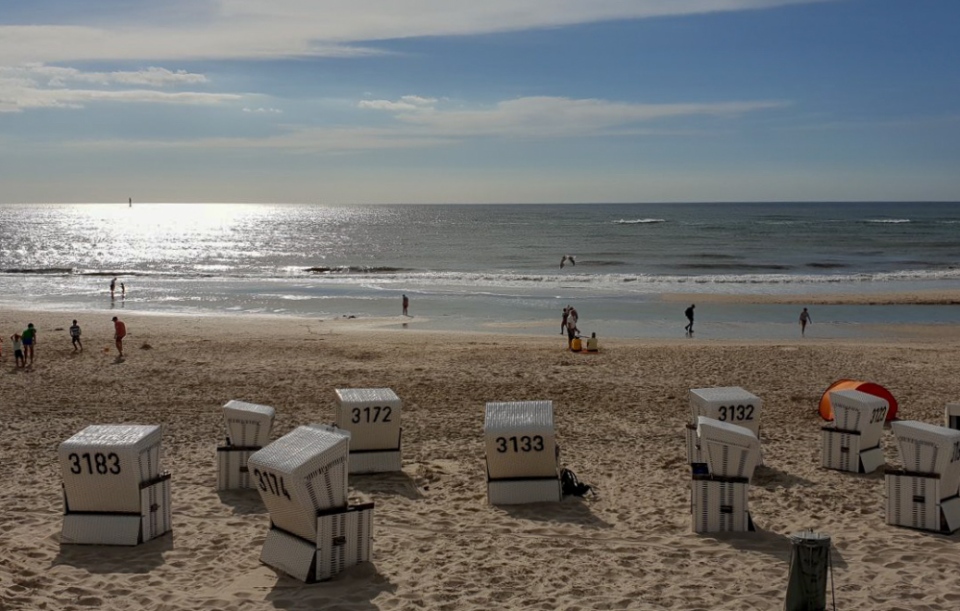 Netherlands: The cycling paths were perfect in most of the country and this surprised us. We expected the Dutch people to be bike-freaks, but they just have better infrastructure and this helps a lot to promote the cycling lifestyle. The 30km dam we crossed and Amsterdam as a city with the Pride Parade, were definitely the standouts.

In general, the weather in the North was much warmer and drier than usual. This was surprising for us and we enjoyed it a lot, even though it was sometimes hard with to cycle with the high temperatures.

Seems like most of your accommodation up to now has been wild camping. Can you do it everywhere in the countries you are going to travel in and have you encountered any problems doing it?

Until Denmark, we could do wild camping everywhere and it was not a problem. In Denmark and Germany, it is not allowed to camp in the wild, but we never had a problem doing it.

The first night in the Netherlands, we camped next to railway tracks and had to move. The driver of the train warned us about the police and we changed the location. In general, in the Netherlands, there were not many places to put the tents, so we started to ask farmers if we could camp on their fields. 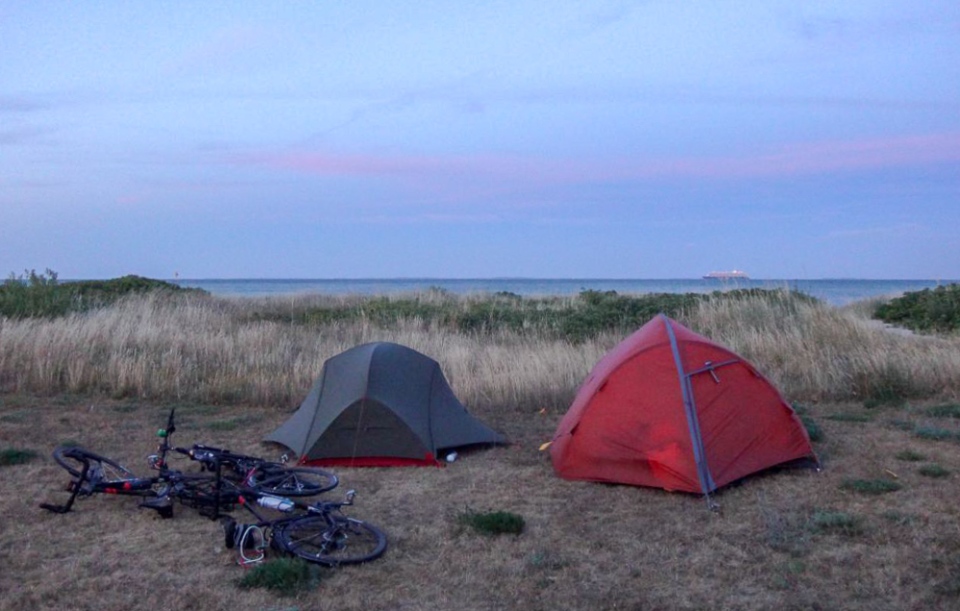 I know your bikes were stolen in a hostel in Sweden! What happened and how did you overcome this situation?

We locked the bikes outside our hostel with our two locks and thought it would be safe, since the owner of the hostel told us it was not a problem. 2 days later, we realized that the locks were opened and the bikes were stolen. The only thing which was left, were the locks.

We then called our insurances and went to the police to get a report. After that we searched for 3 days for ideal bikes to continue the trip. Luckily, we have good insurance cover and we were in a big European city, so it was not such a big problem to replace them.

Besides that have you had any other setbacks? Like weather, winds, accidents…

So far we were really lucky with the weather. We had one minor accident in the beginning of our journey through Sweden. We were all cycling next to each other and Joel then fell sideways, because he got tangled in Fabian’s bicycle.

Up to now, how do you compare the planned route with the cycled route? Any major changes or everything has been quite close to the plan?

More or less we stayed on the planned route and only did small changes, adapting to the tips we got from local people. The only bigger adjustment was that we entered Denmark through Helsingör instead of Copenhagen.

Equipment wise, the things you had prepared were enough or you’ve made some adjustments since then?

In Copenhagen, we sent some warm clothes back home as the temperatures were already high enough.
The water filter was helpful in the beginning, because we didn’t have places to get running water from. No villages or cities aorund. Later on, as we started cycling on more populated places, we didn’t need it anymore.

We expected more mosquitos in Scandinavia, because usually it’s a big problem. But due to the dry summer, we did not encounter many of them overall. 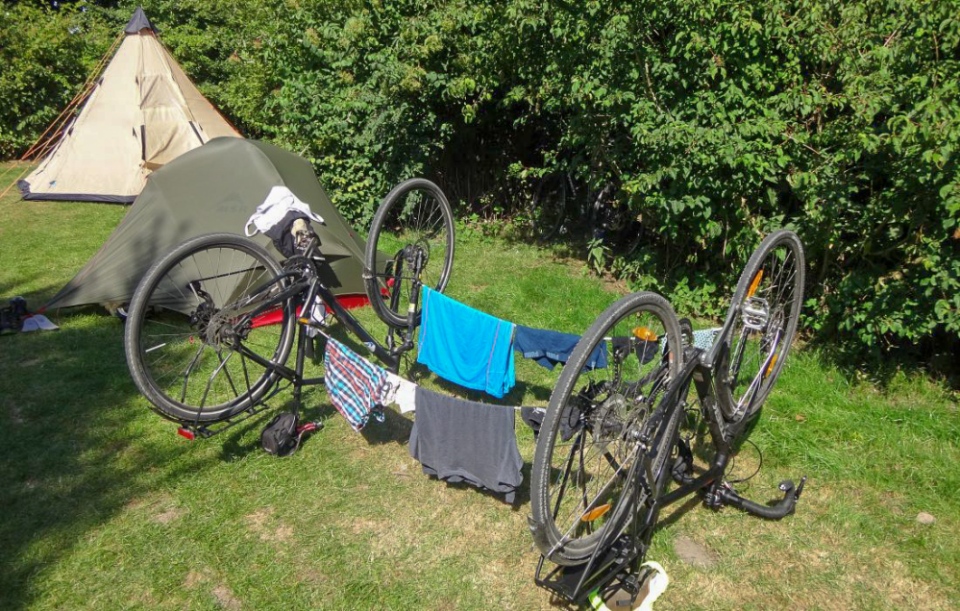 How are the Northern European countries for cycling? Road conditions, camping grounds, many climbs… Would you say it’s a safe choice for beginners?

For starters we would recommend Sweden, because it’s relatively flat and camping spots are easy to find. In Norway, it is though, since there’s more wind and many steep climbs. In addition, the landscapes are rougher and it is harder to find camping spots. The road conditions were good in all countries so far.

What are your favourite meals to eat while camping? Any secret recipes?

We have been having a surprisingly well balanced diet for three carnivore guys. We cooked different versions of pasta, couscous, rice, soups, salads and mashed potatoes with meat. We do not have a favourite, but discovered many new recipes and ways to combine all sorts of ingredients. 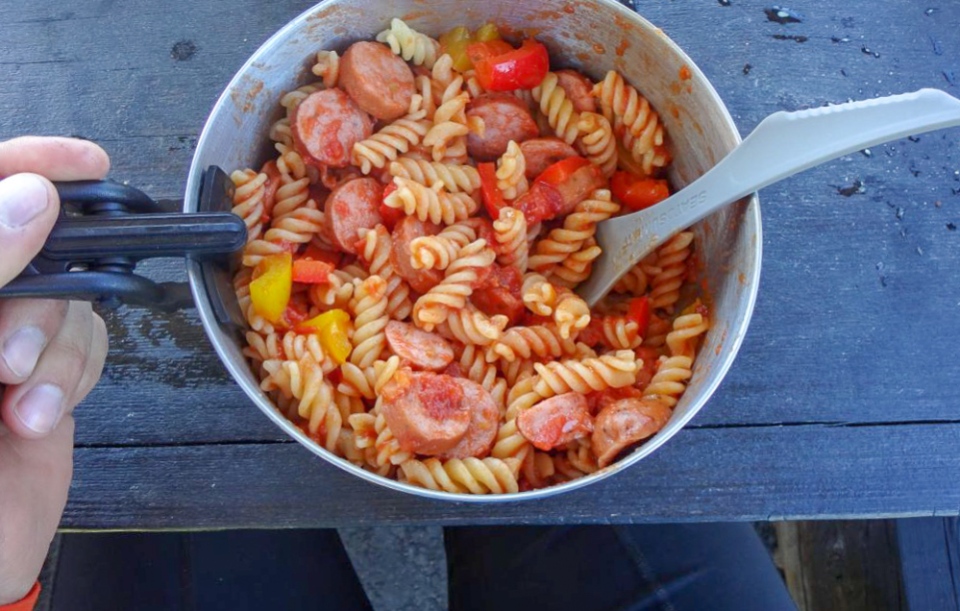 And finally, do you still all love each other?

Love is relative (ahahaah, such a swiss answer!), but we enjoy our time together a lot. We are all surprised how well it’s going so far. All the cycling in between helps to cool down and to reflect on ourselves. Sometimes we have heated discussions, but we have also learned how to compromise. Anyway, it’s an important part of our journey and it has helped us to grow as a team.

Keep it going guys!
Follow them in: cape2cape.org and @cycling_cape2cape

[EN] Cycling Cape 2 Cape: The beginning of Africa and loads of desert